One thing I did not have to worry about, though, was running out of data on my phone. In the early morning hours, Turkey’s leading cellphone provider topped up the internet allowance of every subscriber. This was more than unusual. Turkey has experienced many crises recently, including deadly terrorist attacks, and they usually lead to a closing of information flows, not the government-aligned service provider’s making it easier to transmit information. …

Mr. Erdogan repeatedly described the 2013 Gezi protests as a coup attempt. Three years later, during an actual coup attempt, I scanned the Twitter feeds of many of the dissidents who took part in the protests and found strong opposition to military rule. Similarly, the most reliable journalists I found to follow online on Friday night were those who had recently been fired or laid off for refusing to turn into government mouthpieces. That I could count on them to report the truth, rather than just be obedient to the powerful, helped me and millions of others in Turkey who have learned to seek news on social media rather than on the country’s obsequious news outlets understand what was happening.

The role of internet and press freedoms in defeating the coup presents a significant opportunity. Rather than further polarization and painting of all dissent as illegitimate, the government should embrace real reforms and reverse its censorship policies. The accusation that Turkey’s democratic opposition had been merely seeking a return to the country’s coup-ridden past has been buried by the example of a real coup attempt. A free press and open internet have proved essential to everyone — even those at the height of power.

On Friday night, as bombs dropped by the coup plotters fell on the Parliament building, members of the assembly gathered defiantly in its chamber. As the building shook with each explosion, a deputy from the ruling party turned on her phone and started to live stream. It was something I’ve seen protesters in Turkey do countless times before. Apparently, when tanks are in the streets, we all believe in the free flow of information. I hope we can also agree on its value in less dire circumstances. 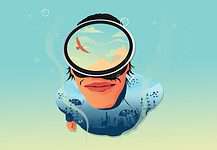