Liberals and conservatives have fundamentally different moral codes, which makes arguing about policy complicated. Many people have found themselves locked in debates surrounding the now-suspended travel ban, with little success in convincing the other. “One reason it’s so hard to reach across the ideological divide is that people tend to present their arguments in a way that appeals to the ethics of their own side, rather than that of their opponents,” says Atlantic writer Olga Khazan in this video. However, there’s a psychological trick that goes a long way to changing peoples minds. According to the Moral Foundations Theory, liberals are more likely than conservatives to endorse fairness-based arguments and are more concerned with principles like care and equality. So, when discussing a contentious topic, liberals should reframe their arguments to appeal the the moral values of conservatives, and vice versa. “At the very least, you can avoid making things worse,” says Khazan. “If you can’t reframe your argument, just get off Facebook.” This is the seventh episode of “Unpresidented,” an original series from The Atlantic exploring a new era in American politics. 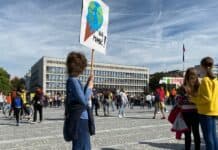 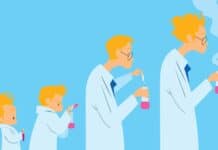