1. All Tatars are to be banished from the territory of the Crimea and resettled permanently as special settlers in the regions of the Uzbek SSR. The resettlement will be assigned to the Soviet NKVD. The Soviet NKVD (comrade Beria) is to complete the resettlement by 1 June 1944.

2. The following procedure and conditions of resettlement are to be established: a) The special settlers will be allowed to take with them personal items, clothing, household objects, dishes and utensils, and up to 500 kilograms of food per family. … (Stalinov ukaz št. 5859ss)

Stalin and much of the Soviet leadership were peculiarly sensitive to the threat various groups presented to the Bolshevik Revolution in the years after 1917. In the years they spent planning and preparing for the seizure of power, they sought to understand why previous global revolutions (in 1789, 1848, 1871, 1905) had failed. They commonly drew the conclusion that previous generations of revolutionaries had failed adequately to anticipate the energy and violence with which the establishment (the “bourgeoisie”) would react.

The Soviet leadership’s own experience in the aftermath of the October Revolution of 1917 served to reinforce this view. Between the late spring of 1918 and the end of 1921 they had to overcome the combined forces of the old imperial army (the “Whites”) and foreign armed forces from Germany, Britain, Poland, Czechoslovakia and Japan among others. It was an exceptionally violent struggle, and the Bolsheviks tended to credit the prosecution of a ruthless “Red” terror for their victory.

While there were no immediate threats to Revolution in the 1920s, the political police were instructed to look for evidence of counter-revolutionary conspiracy at home and abroad, and were given powers that predisposed them to exaggerate the threats they did find. Non-Russian ethnicities were not initially high on the list of threats – although this was not because they were seen as being sympathetic to the Bolsheviks, which they weren’t.

The new regime had a hard time drawing many of the republics on the Russian periphery into the Soviet “Union”. Initially in the 1920s the Bolsheviks actively courted the non-Russians with promises of “freedom” from policies of forced assimilation characteristic of the Russian Imperial regime. Joseph Stalin was Lenin’s commissar of nationalities, and together the two developed a nationalities policy that encouraged the flourishing of national and ethnic cultures, as long as they remained “socialist in content”.

But it was not long before Stalin became concerned that this conciliatory nationalities policy was encouraging separate identities that would present a challenge to central power. By the mid-1930s, the threat of war deepened with the rise of the virulently anti-communist Nazi regime in Germany and the militarists in Japan. After the assassination of Politburo member Sergei Kirov in December 1934, the regime became hyper-sensitive to potential “counter-revolutionary” threats.

Between 1936 and 1938, the regime lashed out, murdering three quarters of a million people it considered real or potential enemies of the regime. Many of the victims were non-Russians, and many national groups, including Poles, Germans and Koreans, were targeted because their loyalty as nations to the USSR was held in doubt. During and after World War II, the regime deported over 3m members of non-Russian ethnic groups suspected of collaboration with the Nazis. The 240,000 Crimean Tatars shared their horrendous fate with many other victims.

After the Nazi army took over the Crimean peninsula in October 1941, it’s true that there were many detachments of Crimean Tatar soldiers recruited to the Wehrmacht – perhaps as many as 20,000 soldiers – but they could legitimately claim that they had little choice but to accept the Germans’ “offer”. The probability is that some fought because they wanted to defeat the Soviet regime, some fought because joining the Wehrmacht was a way to ensure a steady diet when food was scarce, and others were afraid of reprisals.

Stalin died in 1953, and his successor Nikita Khrushchev denounced many of Stalin’s crimes, including the deportations. The charges of collaboration against the Tatars were formally dropped in 1967, but in contrast to some of the other persecuted national groups, they were not allowed to return home until the late 1980s.

Hundreds of thousands did then return to the Crimea, but their villages and property had long since been redistributed, such that most had to rebuild their lives from scratch often on land where they were little more than squatters.

(Vir: The history behind Ukraine Eurovision song about Stalin’s deportation of Crimean Tartars) 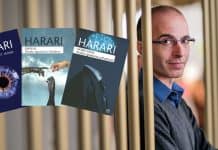 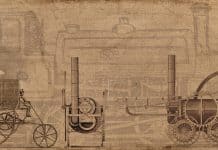 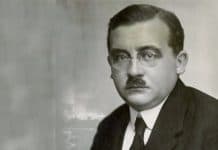