Japanese officials took the extraordinary step on Saturday of flooding a crippled nuclear reactor with seawater in a last-ditch effort to avoid a nuclear meltdown, as the nation grappled simultaneously with its worst nuclear mishap and the aftermath of its largest recorded earthquake.

The Japanese Nuclear and Industrial safety agency said as many as 160 people may have been exposed to radiation around the plant, and Japanese news media said three workers at the facility were suffering from full-on radiation sickness.

The decision to flood the reactor core with seawater, experts said, was an indication that Tokyo Electric and Japanese authorities had probably decided to scrap the plant, because the salt water would corrode its delicate metal innards. “This plant is almost 40 years old, and now it’s over for that place,” Olli Heinonen, the former chief inspector for the I.A.E.A., and now a visiting scholar at Harvard, said on Saturday.

The handling of the crisis and vulnerability of Japan’s extensive nuclear facilities to earthquakes and tsunamis will also add to long-simmering grass-roots resistance against nuclear power within Japan, where people have learned to doubt the industry’s reliability as well as anodyne official statements about safety. 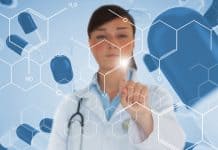 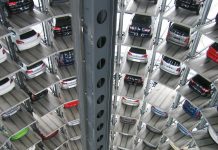 Operater teh elektrarn TEPCO ima tudi očitno kar nekaj masla na glavi že od prej. Prikrivali so manjše nesreče, ponarejali varnostna poročila. Npr: (NYT, August 10, 2004): "Wariness has been fueled by accidents and by a cover-up culture in which employees show far greater loyalty to their companies than to the public's right to know. Last summer, the Tokyo Electric Power Company, the nation's largest utility, was forced to close all 17 of its nuclear plants temporarily after admitting that it had faked safety reports for more than a decade." (http://www.nytimes.com/2004/08/10/world/four-workers-killed-in-nuclear-plant-accident-in-japan.html) Na japonski spletni strani Citizens' Nuclear Information Center (sicer… Beri dalje »